It’s back to Hong Kong for the 2019 Asian Championships 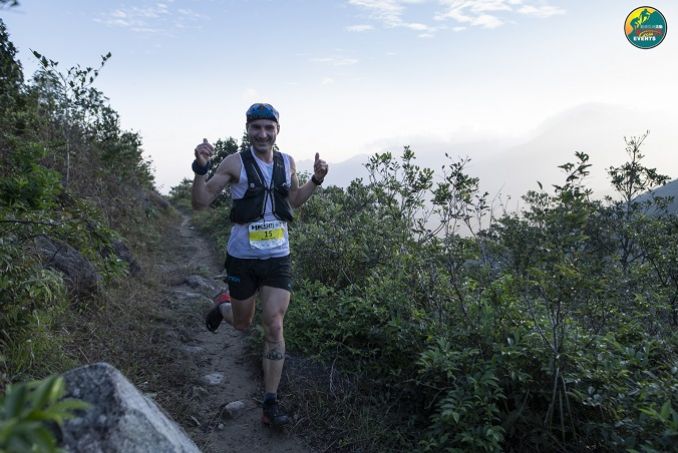 Romania’s Raul Butaci outran a deep international field to win the Lantau 50 – Asian Skyrunning Championships amidst warm and dry conditions on Lantau Island today. Hosted in Hong Kong for the fourth year, the 54-kilometre race also saw an exciting battle for the women’s title, which ended in a tie between German’s Simone Schwars and Natalia Rey from Spain.

The race doubled as the Asian Skyrunning Championships. Cheung Man Yee did the territory proud by winning the Asian women’s championship, a breakthrough performance to cap a year in which she has drastically improved through the MSIG Action Asia Development Programme.

Butaci, who crossed the finish line in an impressive 6 hours 8 minutes and 23 seconds, was very honoured to win the championship in his first Lantau 50. He said: “I am very happy to come to Hong Kong to participate in the race. I really liked the climbs and looking down from the top of the mountains, all the scenery was great. I especially liked the design of the course – the technical requirements for runners are very high. I really enjoyed it!”

Schwars and Rey finished in a dead heat of 7:26:14. Rey said: “I didn't think I could win the championship. It's unbelievable! The course contained a variety of terrain like uphills and downhills, mountain trails, many stairs, etc, which was very challenging and interesting.”

For Schwars, the highlight was her fellow participants. She said: “I made lots of friends through this competition, so I really enjoyed it!”

Flagging off from Tung Chung, Lantau Island, the athletes were tested on a tough and technical 54km course that is renowned to be one of the most difficult in Asia. Going over many of the island’s highest peaks, including Lantau Peak (934m) and Sunset Peak (869m), the course boasted a total elevation gain of 3,500m.

Second among men in the 54km event was Christian Gering from the United States in 6:13:08. It was his first time taking part in an overseas race and he was very satisfied with his performance. He said: “I really liked the scenery along the course. I saw the beautiful sunrise, sea and the Buddha. This scenery brought me a unique visual experience.” Gering said that he would compete again next year and strive to finish in a faster time.

Just over a minute behind was Japan’s Miura Yuichi in third (6:14:16). Participating in the Lantau 50 for the third time, he was very satisfied with the results: "I was quite nervous since I really wanted to win the championship this time. I will continue to participate next year and hope I can get a better result.”

In the women’s 54km, 18-year-old Noelle Bittner of the USA was third (7:55:33). She said: “The scenery along the course was very beautiful, especially the view after getting to the top of Lantau Peak. The view of the sea was amazing and I hope I can visit Hong Kong again next year.”

In the 27km event, Robin Faricier won the men’s title in 2:46:00. He said that the environment of the trails was totally different from his hometown in France. “The weather in Hong Kong is quite sultry and the trail is more difficult since there are more uphills and downhills. In comparison, French trails are relatively flat – therefore runners need to master certain trail running skills in order to take on the trails in Hong Kong.”

Women’s 27km champion Abahan Sandi Menchi of the Philippines (3:45:30), who has joined the event twice before, said: “The trails in Hong Kong are harder than the trails in the Philippines in general due to the concrete stairs.” She expressed that the feeling of completing the race is awesome and that she would probably challenge the 54km event next year.

Vinson Ramos, also from the Philippines, claimed the men’s 16km title in 1:42:01. “I am very happy to get this result. There were many sections of steps, which was very challenging for me. Besides, the scenery along the course was very charming,” he said.

The women’s 16km title went to Hoi Sze Kwok from Hong Kong. She said: “My goal of this competition was to win the race within two hours, but my finishing time was 2:26:49. I feel really lucky to get the championship. The course marking was very clear, so it was not possible to run the wrong way. Overall, this event is extremely good.” She said that she would recommend her friends and parents to join next year too.

Since the first extreme races in 1992, the first World Championship in 1998 and the introduction of the Skyrunner World Series in 2003, Skyrunning has grown to become a globally renowned sport governed by the International Skyrunning Federation. In 2015, the Continental Championships were introduced and includes Asia, Europe, North America, Africa and Oceania. The sport is practiced in more than 40 nations and counts followers from 126 countries.